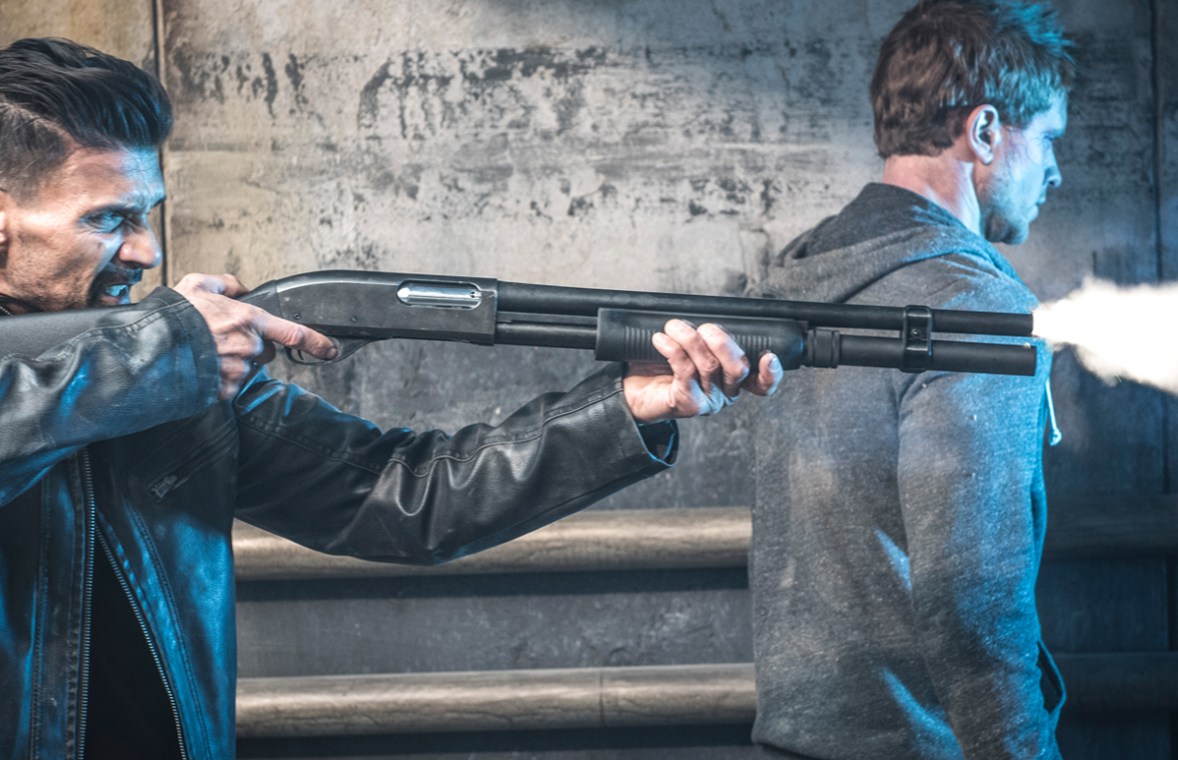 From cowering in fear to tough as nails, here’s a brand new look at The Purge: Anarchy‘s Frank Grillo in Beyond Skyline, the sequel to Colin and Greg Strause’s Skyline that’s directed this time by Liam O’Donnell, who worked on some effects in Aliens vs. Predator: Requiem and Iron Man 2. He co-wrote the screenplay with Joshua Cordes. The duo wrote the first film, too.

Grillo stars in the film as a detective who embarks on a relentless pursuit to free his son from a nightmarish alien warship.

The sequel’s storyline allegedly takes place at the same time the first one did.

Hydraulx Entertainment is behind Beyond Skyline, and do some seriously badass effects work.