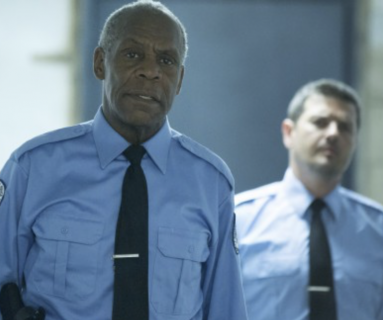 The action feature was released on all digital platforms across North America this week, as well as making its international premiere in Shanghai. With its action feature Gridlocked, Toronto-based prodco North Hollywood Films (formerly Hackybox Pictures) is looking to establish itself as a Canadian indie producer of films high on commercial appeal, global marketability and star power. Released earlier this week on Blu-ray, DVD, and VOD via Mongrel Media in Canada and Magnolia Pictures in the U.S., Gridlocked is directed by Allan Ungar (Tapped Out) and produced by Bruno Marino and Geoff Hart. The Toronto-shot film stars Dominic Purcell (Prison Break), Stephen Lang (Avatar), Cody Hackman (Tapped Out), Danny Glover (Lethal Weapon), Canadian Trish Stratus, Vinnie Jones and Saul Rubinek. The film also secured a global deal with Netflix, where it will debut later this summer. Co-written by Ungar and Rob Robol, the film was shot in 2014 and financed through Hackybox Pictures. Now under a new banner, North Hollywood president Cody Hackman said he wants Gridlocked to separate the company from the current crop of Canadian production outfits. “We’re trying to break the Canadian mould. Our business model is very commercial, and we want to keep it like that,” Hackman told Playback Daily. Gridlocked – which made its world premiere at Fantastic Fest in Austin, TX and this past weekend screened at the Shanghai International Film Festival – sees Purcell playing a SWAT leader who takes a hard-living movie star (played by Hackman) on a ride-along. However, when a police facility comes under attack from mercenaries, the pair must work together to rescue those trapped inside. The film is intended to appeal to two separate demographics, said writer/directer Ungar. The first is an 18-to-25 year-old audience, as Hackman’s character is based loosely on Justin Bieber. The second target demo, said Ungar, is those who grew up watching ’80s and ’90s action movies such as Lethal Weapon and Die Hard. “From the business aspect we have to cater to the younger demo who watch these movies, but at the same time the film is also paying tribute to a very specific era – I think an older audience will also appreciate the tongue-in-cheek aspect,” Ungar added. The throwback feel of the film is also a reason the filmmakers were able to attach many of the cast members, added Ungar. “I think the stars saw that twinkle of Lethal Weapon in the script.” Cuba Gooding Jr. was initially attached to play the lead before he was replaced by Purcell. Following Gridlocked, North Hollywood plans to begin rolling out a slate of between three and five films per year, in budgets ranging from $3 million to $45 million. The first of these, Ugly Love, will shoot in Toronto and San Francisco this fall. The project is an adaptation of Colleen Hoover’s novel of the same name. The next, Liberty Crossing, will be in a drastically higher budget range, said Ungar and Hackman in a joint interview, with the budget for the project falling somewhere in the $40-million range.